Release 4.4 of the TgForce 3D App now available on the App Store

We have added a button in the review chart screen to quickly toggle between x,y,z, and 3D axis.  We have also added a button to change the g force scale in the chart. These two features will help in providing a better understanding of the g force experienced by the lower leg while running.

While it was possible to change the axis in the previous release, it was rather cumbersome. Now it is much more straightforward.

For adapting the scale to the active view 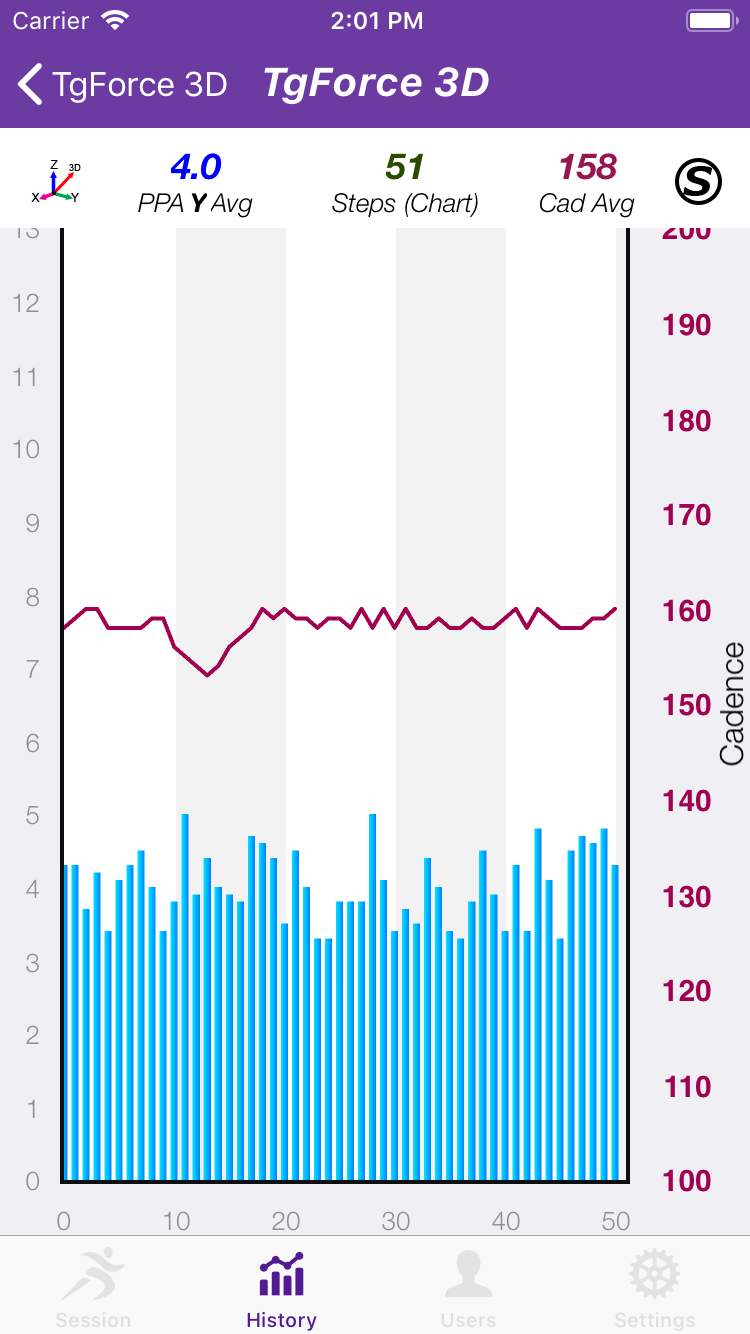 The new buttons are located in the Graph View of the History tab.

Gerald is a professional engineer in applied physics. For most of his career, he has been involved in the design of wireless sensors for sporting activities and biometric applications. A former adventure racer with numerous participations in high profile races, Gerald has been running and training for quite a while now.